One Book | One Minnesota, Minnesota's statewide book club, has chosen "Iron Lake" by William Kent Krueger for its 8th chapter. This mystery thriller is a perfect summer read, and it's now available statewide as both an ebook and audiobook on Ebooks Minnesota, at no charge to readers. 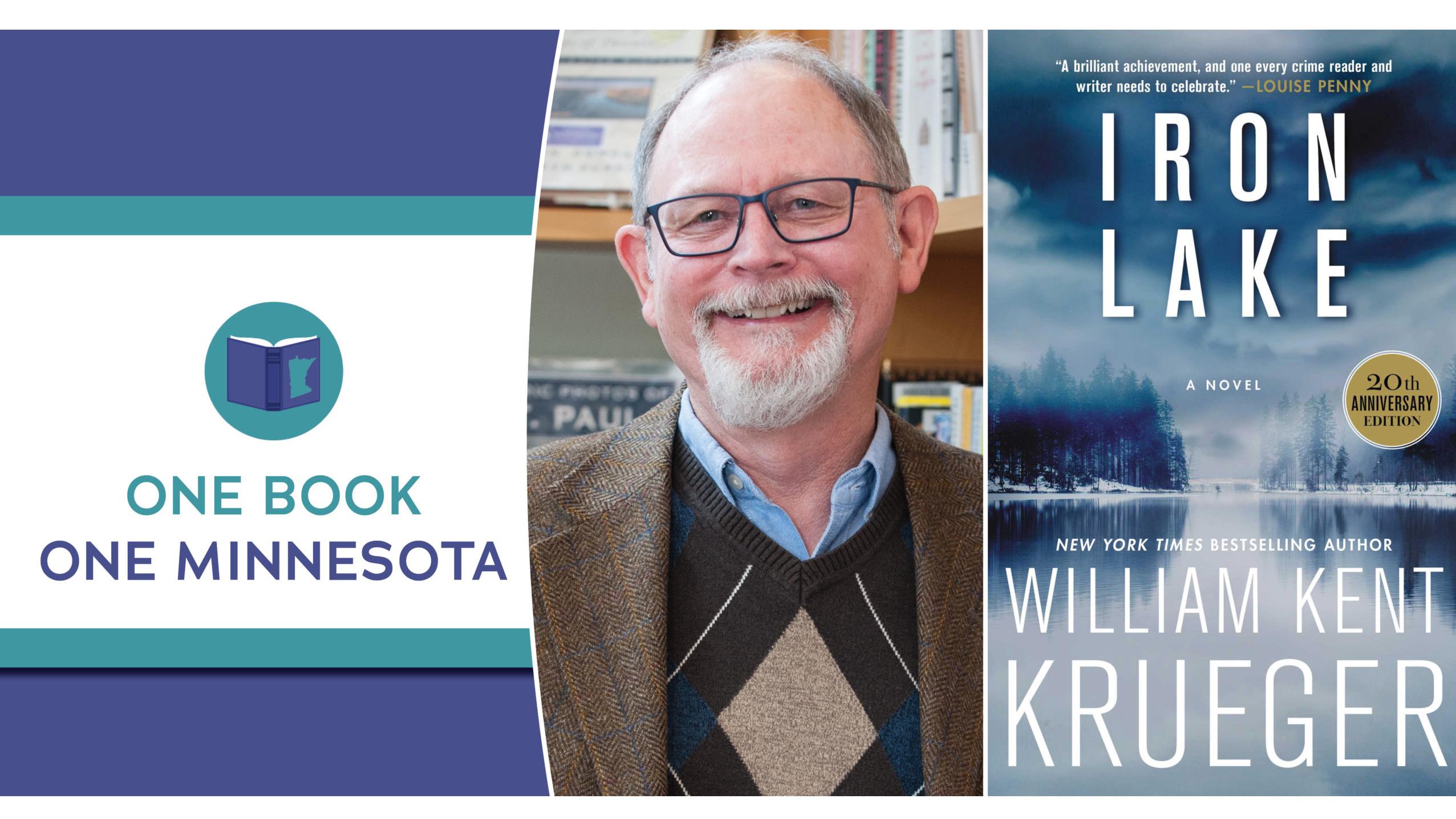 From July 11 through September 4, Minnesotans will be invited to read "Iron Lake" as a part of the book club. Readers can access the ebook and audiobook for free on Ebooks Minnesota for eight weeks. In addition to the digital formats, hard copies of the book will be available at libraries across Minnesota.

A discussion with author William Kent Krueger, free and open to the public, is scheduled for 7:00 p.m. on Thursday, August 11. Registration is required.

Iron Lake is the first novel in the bestselling Cork O’Connor mystery series and winner of the Minnesota Book Award and Anthony Award for Best First Novel. Part Irish, part Anishinaabe Indian, Corcoran “Cork” O’Connor is the former sheriff of Aurora, Minnesota. Embittered over losing his job as a cop and over the marital meltdown that has separated him from his wife and children, Cork gets by on heavy doses of caffeine, nicotine, and guilt. Once a cop on Chicago’s South Side, there’s not much that can shock him. But when a powerful local politician is brutally murdered the same night a young Indian boy goes missing, Cork takes on a harrowing case of corruption, conspiracy, and scandal. As a blizzard buries Aurora, Cork must dig for answers before more people, among them those he loves, will die.

Raised in the Cascade Mountains of Oregon, William Kent Krueger briefly attended Stanford University—before being kicked out for radical activities. After that, he logged timber, worked construction, tried his hand at freelance journalism, and eventually ended up researching child development at the University of Minnesota. He’s been married for nearly fifty years to a marvelous woman who is a retired attorney. He makes his home in St. Paul, a city he dearly loves. His work has received a number of awards, including the Minnesota Book Award, the Loft-McKnight Fiction Award, the Anthony Award, the Barry Award, the Dilys Award, and the Friends of American Writers Prize. His last nine novels were all New York Times bestsellers. "Ordinary Grace," published in 2013, received the Edgar Award, given by the Mystery Writers of America in recognition for the best novel published in that year. The companion novel, "This Tender Land," was published in September 2019 and spent nearly six months on the New York Times bestseller list.

About One Book | One Minnesota

One Book | One Minnesota is presented by The Friends of the Saint Paul Public Library, as the Minnesota Center for the Book, in partnership with State Library Services and sponsored by SPIRE Credit Union. Program partners also include Council of Regional Public Library System Administrators; Mackin VIA; Minitex; the Minnesota Department of Education; Recorded Books; and Simon & Schuster. This program is made possible in part by the voters of Minnesota, thanks to a legislative appropriation from the Arts and Cultural Heritage Fund, as well as through a grant from the National Endowment for the Arts. Links to resources and more information can be found on the program website.